The Wall Street Journal Just Doesn't Get the Middle Class

Strategically positioned on the pages of the Times, the Hublot watch or Dior dress is the object of desire for the "Have-some, Want-Mores", not for the "Haves." Readers of the Wall Street Journal, the "Haves", don't need advertisements in order to dream of possessing the symbols of fabulous wealth; all they need to do is open their closets or drawers. And nothing, at least recently, demonstrates the way in which the Wall Street Journal writes for the privileged class more than its recent review of the popular TV show "Downton Abbey". 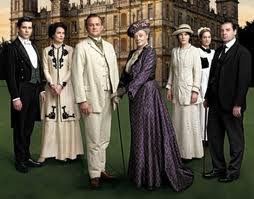 In "The Secret Appeal of 'Downton Abbey' conservative writer Anthony Daniels, under his typical pseudonym Theodore Dalrymple, unintentionally lays bare the disconnect between the Wall Street Journal  and the middle class.  The essay begins with the assertion that "everyone needs (and almost everyone) finds someone to look down on", "however egalitarian we may be in theory and however nervous we might be about our own position in society." The writer assumes that the condescension with which the "Haves" refer to the inhabitants of the lower rungs on the social ladder is a universal trait; the impulse to exploit or profit from the labor of others is a natural human impulse. According to Daniels, the desire to derive pleasure from the arduous labor of others isn't something of which to be ashamed.  If anything, it provides the impetus for self-improvement - to move, like the characters in a Horatio Alger story, from rags to riches - without which no one would work hard to improve their lot in society.

In the eyes of the Daniels, "for many Americans watching 'Downton Abbey' must be like indulging in a guilty passion." It affords the average viewer a glimpse into the world of their supposed dreams wherein they become the exploiter, finally with a subordinate and "someone to look down on." Furthermore, for the victims of post-fordism, "the series...satisfies a secret or vicarious longing for elegance without imposing the hard work that's necessary to achieve it in reality." Workers, unwilling to face the reality put forth by Social Darwinists that only assiduousness can bring about true wealth, can experience all the luxury without the labor.

It isn't that viewers today, living in a second Gilded Age, identify with the plight of the servants and the precariousness of their employment. Instead, according to Daniels, widespread interest in the series can be attributed to the desire of today's plebeian masses to be as refined and well-dressed as the underclass of early twentieth century British society.

Daniels does not contextualize the series; he does not ask, why, during the most severe economic downturn in recent memory, has a show that lays bare class disparities become widely popular?  For him, the very fact that the series allows the "Have-some, Want-Mores' to fantasize about being fabulously wealthy is enough to explain the series' appeal.  Look, he seems to say, even the servants are sophisticated and stylish.  See, being poor isn't so bad.  But this is far from the truth. 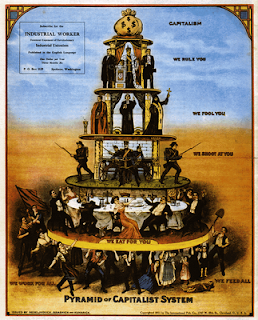 "Downton Abbey" owes its popularity to the frustration of a middle class that is facing imminent proletarianization. As Slavoj Zizek writes in "The Revolt of the Salaried Bourgeoisie", the protests that have swept through much of the industrialized world "are not proletarian protests, but protests against the threat of being reduced to proletarians." Viewers see in the relationships between the servants and the gentry a reflection of their own relations with their bosses and managers. Frustration with the corporate hierarchy renders the class struggle seen in "Downton Abbey" a visceral representation of the real challenges faced by workers today.

What Daniels does get right is that the series glamorizes the beleaguered servants of the Grantham estate, putting a human face on bitter class relations. "The series portrays an aristocratic world in which butlers and footmen dress far better than today's billionaires." For the workers of today, the perceived luxury to which the servant class has access in "Downton Abbey" is attainable only in dreams. And when the show is over and the TV is turned off, the viewers must return to the drudgery of the labors, be it blue collar or white collar, left with only the empty hope that someday all the hard work they've been told to do will finally result in the promised riches.